"Holy fish sticks! I caught a coelacanth! Am I saying it right?"

The Coelacanth ​(see-luh-kanth), Latimeria chalumnae, is a very rare oceanic fish that can be caught between the hours of 4pm and 9am, year-round. It is considered the ultimate fish in the game by many fans, as it can only be caught while it is raining or snowing, which on top of its rarity makes it very hard to find. It is worth 15,000 Bells, making it tied as the most expensive fish, along with the Stringfish and Dorado.

"Coelacanths are ancient fish once believed to be extinct but recently discovered around South Africa. Called "living fossils," they have apparently changed very little over the past 400 million years. They can live for over 60 years and reach lengths of six feet but have rather small brains, even for fish. They have more fins and harder scales than the average fish, making them a rather resilient breed. Their flavor is very different from most fish, and they contain a fat that is indigestible by humans. It's for that second reason that eating them really isn't highly recommended."

The West Indian Ocean Coelacanth is widely but very sparsely distributed around the rim of the western Indian Ocean, from South Africa northward along the east African coast to Kenya, the Comoros and Madagascar, seemingly occurring in small colonies. Its average weight is is 80 kg (176 lb), and they can reach up to 2 m (6.5 ft) in length. Adult females are slightly larger than males. They are known for their vivid blue pigment. 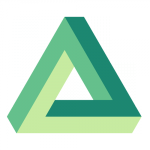 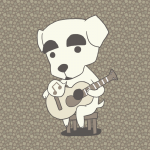